Weekly (twice a week) rotation of 30 different concepts your student needs to know for the math segment of the SAT including algebra, geometry, trigonometry, statistics, and precalculus.
Professor Kitty BS ChemE-UVa; MBA-Case Western
302 total reviews for this teacher
1 review for this class
Completed by 27 learners
There are no upcoming classes. 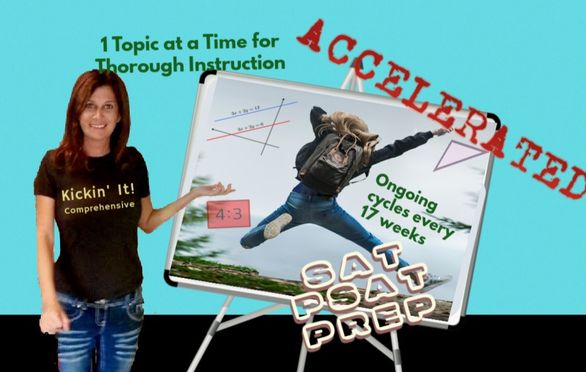