As we enter Pride Month, it's important to reflect on all that we have accomplished in the fight for LGBTQ+ equality. Recent years have seen some major milestones, including the legalization of gay marriage nationwide and the appointment Associate Justice Martin J. Jenkins of California as an openly gay Supreme Court justice. Yet there is still much work to be done.

LGBTQ+ people still face discrimination and harassment on a daily basis. Let's celebrate our progress this Pride Month, but also remember that the fight is far from over. We can help by educating kids about the history and meaning of Pride and focusing on fostering a society where everyone is treated equally regardless of their sexual orientation or gender identity.

The first Pride March was a protest called the Christopher Street Liberation Day, and it marked the one-year anniversary of the Stonewall riots in New York City. The June 1969 riots were a series of spontaneous demonstrations by members of the LGBTQ+ community in response to a police raid on the Stonewall Inn, a popular gay bar in Greenwich Village. The rioting went on for several days, and the event is widely considered to be a turning point in the fight for LGBTQ+ rights.

In San Francisco, the first Pride parade was held in 1972. The event was organized by the Gay Liberation Front and the Gay Activists Alliance. Like the New York City parade, it was held in response to the Stonewall riots.

San Francisco's Castro neighborhood became a central place for the fight for rights and was home to Harvey Milk, the first openly elected gay official in the United States. Another significant politician, San Francisco's Mayor George Moscone helped pave the way for inclusivity. Both Milk and Moscone were assassinated on November 27, 1978 at San Francisco's City Hall. Long-time gay rights activist and Castro resident Cleve Jones helped organize an annual candlelight march honoring both men. Jones is also credited for creating a panel for the first Project AIDS Memorial Quilt in 1985.

Symbols and sayings of Pride:

Pride parades and festivals are held every year in both New York City and San Francisco, as well as cities across the world. They attract millions of people and are a celebration of the progress that has been made, as well as the continued need to fight for LGBTQ+ rights.

This year's Pride Month is shaping up to be one of the most exciting and diverse celebrations in recent memory. With an array of new events, activities, and initiatives planned across the country, there's something for everyone to enjoy.

San Francisco's Pride Parade and Celebration is always one of the largest and most well attended in the world, and this year's June 25-26 events are expected to be no different. In addition to the weekend events, there will be marches and parties taking place throughout the city during June, and the event is using the hashtag LoveWillKeepUsTogether.

Other Pride events will take place in cities including New York, Berlin, Madrid, Paris, and more.

How to talk to your kids about Pride

It's Pride season, and for many families, that means celebrating LGBTQ+ identities and showing support for the community. For parents with kids of all ages, this can be an opportunity to talk about what Pride means and why it's important.

Here are a few tips on how to approach the conversation:

Be sure to also check out Outschool’s classes on LGBTQ+ history and culture – they make for great learning opportunities both during Pride Month and all year long.

With thousands of options for classes, camps, and tutors, learners are inspired to connect with inspiring teachers, build new skills, develop new passions, and forge new friendships from home. 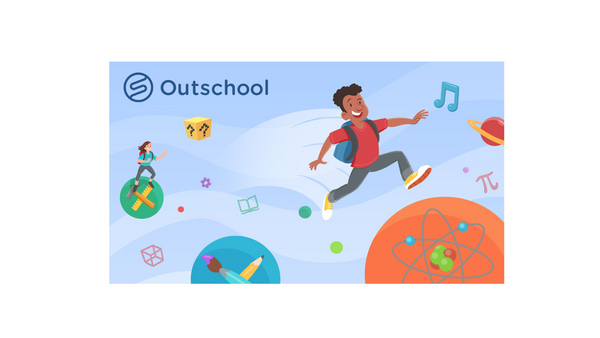